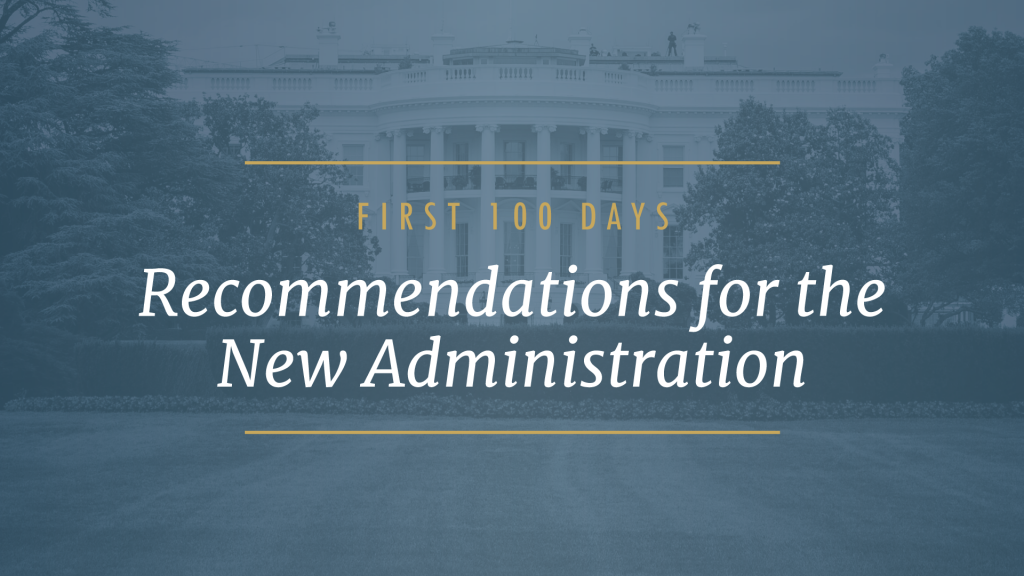 The judiciary is responsible for making sure our Constitution and laws are fairly implemented and enforced. State, local, and tribal judges oversee family violence, juvenile justice, child welfare, human trafficking, and criminal cases, including the implementation of federal laws. Making decisions that are effective and fair has become more complicated as scientific knowledge and our understanding of child development, the adolescent brain, and the effects of trauma have advanced. In order to make good decisions and protect our most vulnerable children, families and our communities, state, local, and tribal judges require continued training and technical assistance in best practices based on the latest research and data.

We believe collaboration between the incoming Administration and the National Council of Juvenile and Family Court Judges (NCJFCJ) will benefit the courts and the nation. Together we can reduce social, health care, and justice costs, and significantly improve the lives of vulnerable children and families. The NCJFCJ provides resources that enhance the courts’ and communities’ understanding of, and the justice system’s response to, a wide range of issues including domestic child sex trafficking, school-to-prison pipeline, bullying, childhood trauma, tribal youth, child abuse and neglect, domestic violence, juvenile delinquency, research, and the impact on families of addiction, substance abuse and exposure to violence.

The NCJFCJ has more than 80 years of expertise and partnership with the federal government. We look forward to working with the Biden-Harris Administration to expand our unique collaboration. Federal resources and partners that advance justice and access to justice through education, training, research and technical assistance for state, local, and tribal courts have helped generations of children, families and survivors of violence. We hope our continued partnership will help reduce costs to federal, state, and local governments and taxpayers that are caused by unaddressed mental and physical health problems, substance abuse, and unnecessary incarceration. We look forward to working with new leadership at the Departments of Justice and Health and Human Services, and to this end make the following recommendations and commitments.

Within the first 100 days of the new Administration:

The NCJFCJ urges you to establish a team dedicated to collaboration among state, local, and tribal judges and courts, and federal agencies on how best to address child welfare, juvenile justice, human trafficking, and domestic violence issues. COVID-19 has dramatically affected the courts and access to justice, in some cases making access to justice easier, and in some accentuating the digital divide among litigants, service providers, and urban/rural jurisdictions. Federal agencies and the judiciary should work together to improve justice systems based on what we have learned, and continue to learn, during the pandemic. The NCJFCJ also encourages coordination among various agencies’ COVID-19 guidance and the President’s COVID-19 advisors.

The NCJFCJ urges you to appoint strong leadership in the White House and federal agencies overseeing justice for children, families, and victims, in particular for:

The NCJFCJ recommends, as others have, the appointment of professional agency directors who “base decision-making on the rule of law, science, and respect for the public process,” directors who are recognized leaders in their field.

Appointees should be knowledgeable about the issues their offices oversee in order to advocate for funding and effectively administer programs and policies that will advance reform in systems that affect children and families.

Agency officials should substantively engage with state, local, and tribal court judges, so they are fully informed on the issues and promising practices addressing child welfare, domestic violence, and juvenile justice. This is important for two reasons:

Officials should understand the need for an educated, well-trained judiciary at all levels, as well as appropriate funding streams to support courts, their programs, training needs, and available resources related to child welfare, domestic violence, juvenile justice, and the continuum of trauma, domestic violence, trafficking, and youth at risk for delinquency.

The NCJFCJ commits to working as part of a state/federal partnership that includes broad interagency collaboration among child welfare, justice, and domestic violence agencies at all levels of government, so that together we can improve prevention of harm and intervention where appropriate.

Since 2010 the NCJFCJ has twice passed resolutions to this effect. We based our decision on well-documented research about adolescent brain development and the negative consequences of congregate care. Policy and practice changes in many jurisdictions show that courts can safely eliminate the use of detention of youth who violate status offense court orders where appropriate alternatives exist.

The NCJFCJ recommends reauthorization of the Court Improvement Program (CIP). CIP grants are the only direct child welfare-related federal funds state courts receive. CIP funding, established in 1993, is distributed to the highest court in each state, which receives a base amount and additional funding based on the state’s child population. These flexible funds are essential in enabling courts to implement federal legislation and policy, particularly related to training judges, court personnel, and attorneys on federal laws and regulations and to ensuring case processing timelines, necessary technology needs, and monitoring court performance. As a result, we support the COURTS Act (S. 2587 and H.R. 4602) introduced by Senators Harris (D-CA), Cornyn (R-TX), Hassan (D-NH) and Rounds (R-SD); and Representatives Brady (R-TX), Walorski (R-IN) and Leutkemeyer (R-MO). This bill, which reauthorizes the CIP program, was introduced in both the 115th and 116th Congresses. It provides a long-term fix for data and training grants to ensure they remain in the federal budget when CIP is reauthorized in 2021. When this was an issue in 2016 it was temporarily resolved with the passage of the Family First Prevention and Services Act (FFPSA). It still requires a long-term resolution.

The NCJFCJ recommends continued and expanded state and national grant funding opportunities for development of policy, promising practices, evaluation, and tools for judges and court officers. This includes targeted funding streams to support courts in their efforts to become broadly competent and trauma-responsive so they can make well-informed decisions on the cases before them and meet the needs of at-risk children, families, and victims of domestic violence. This includes resources to support trauma-responsive practice for juveniles, victims of gender-based violence, trafficking victims, and foster care youth.

The NCJFCJ recommends continued funding to educate judges and other court professionals on domestic violence and firearms issues as well as the overlap of domestic and sexual violence with domestic violence and child welfare. Those who are quarantined at home with abusers are at increased risk, particularly since mandatory reporters are not seeing children in schools and elsewhere due to COVID-19.

The NCJFCJ recommends increased attention to human trafficking, which causes horrific trauma to children and families. This focus should include expanded research on issues related to human trafficking, including domestic child sex trafficking, online child exploitation, familial trafficking, the intersection between child sex and labor trafficking, and the market for sex from children. Because these issues cross all systems – child welfare, juvenile justice, family law, and criminal and civil law, all judicial officers should be trained to identify the issues, how to respond to them, best and promising practices, and how to collaborate broadly with systems in judicially appropriate ways.

The NCJFCJ recommends continued and expanded support for improving juvenile justice information systems and data analysis, and training and technical assistance to juvenile justice professionals to improve data-driven, informed decision making. Federal funding for reliable data collection and research in juvenile justice has declined. That decline should be reversed.

The NCJFCJ recommends support of school to justice partnerships to keep youth in school and out of court by creating multidisciplinary teams. Systems that can identify and respond early and appropriately to student mental health and behavioral needs will help keep children in school. Referring students to law enforcement and the juvenile justice system as a disciplinary response is inappropriate, inequitable, and ineffective. A shared community approach to meeting students’ needs, reducing racial and ethnic disparities and improving educational outcomes will help children succeed in school and in life.

Support for full implementation of the Juvenile Justice and Delinquency Prevention Act (JJDPA) is necessary, along with a thorough discussion of national trends to reduce incarceration of juveniles, and the woeful lack of alternative treatment resources, especially for behavioral health, substance abuse, co-occurring disorders, and homelessness. We also recommend reversing guidance issued by OJJDP that harms vulnerable and/or overrepresented groups such as LGBTQ youth, youth of color, youth with pre-existing health conditions, girls, and national origin as an indicator of gang-involvement, to name a few.

The NCJFCJ commits to being a resource and working in partnership with the Administration and federal agencies on the following:

We look forward to the opportunity to talk through these recommendations and discuss other ways the NCJFCJ can work with President-elect Biden and his team.

Sent to the Biden-Harris 2020 Presidential Transition Team on December 28, 2020.