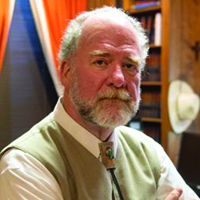 The National Council of Juvenile and Family Court Judges (NCJFCJ) has elected Judge Dan H. Michael of Memphis and Shelby County, Tenn., to president of the NCJFCJ Board of Directors.

“Judge Dan Michael is the definition of judicial leadership–leading on and off the bench to create change in their community while impacting reform nationwide,” said Joey Orduña Hastings, NCJFCJ CEO. “Judge Michael’s active efforts in Memphis and Shelby County is a national model. He has created a trauma-responsive court and has eliminated juvenile court fees for children and families, shifting how we all approach systems reform. The NCJFCJ has been fortunate to have Judge Michael as an active leader for many years and his unwavering commitment to children and families will make him a seasoned leader of the NCJFCJ.”

Judge Dan H. Michael was elected to the bench of the Memphis and Shelby County Juvenile Court in 2014. With more than 20 years of extensive juvenile law experience, Judge Michael has dedicated his career to advocating the rights for children who have been abused and neglected. Judge Michael has presided in cases in all dockets of juvenile court from child support, delinquency, abuse and neglect, and termination of parental rights to transfers of juveniles to the adult criminal system.

Judge Michael received his law degree at Memphis State University’s Cecil C. Humphreys School of Law. During law school, he volunteered with Court Appointed Special Advocates (CASA) of Memphis and Shelby County. Upon his graduation, he entered into law as a CASA attorney. He later became the Executive Director of CASA of Memphis and Shelby County representing abused and neglected children at juvenile court.

“This is a meaningful and significant appointment, and it reflects well upon the Memphis community,” said Representative Steve Cohen (D-TN-09). “As one of the oldest judicial membership organizations, the NCJFCJ plays an important role in guiding children and families through our often complex and confusing legal system. I am confident Judge Dan Michael’s expertise will be an asset to the organization and its members.”

Judge Michael was recognized by the American Bar Association of Young Lawyers for Significant Legal Contribution to Advancing the Welfare of our Nation’s Children and was awarded the Child Advocacy National Certificate of Recognition. Judge Michael has been a member of the NCJFCJ since 2003, board director since 2016, has served on numerous committees, and as Treasurer, President-elect, and now, President of the Board of Directors.

Judge Michael was recently interviewed on Bloomberg Law to discuss his years on the bench, the work of the NCJFCJ, and his goals for juvenile and family courts.