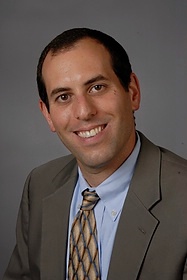 Today the Harry S. Truman Scholarship Foundation – the Nation’s living memorial to the 33rd President – announced that it will present the 2017 Stevens Award to Judge Erik S. Pitchal of New York, in a ceremony to take place in May at the U.S. Supreme Court.

First appointed to the bench in 2013, Judge Pitchal presides in Brooklyn Family Court, where he hears cases involving child abuse and neglect, juvenile delinquency, child custody and support, adoption, and domestic violence.  Before becoming a judge, he was recognized as a national thought leader in the areas of children’s rights and the child welfare system, writing and lecturing extensively as a law professor, litigator, and consultant.  Judge Pitchal has since become actively involved in efforts to improve the legal system and the administration of justice through work with national and local bar and judicial associations.

“I am honored and humbled to be recognized by the Truman Foundation,” said Judge Pitchal, who was appointed a Truman Scholar in 1993 while a junior at Brown University, where he graduated with honors in public policy and was elected to Phi Beta Kappa.  “I have dedicated my legal career to public service and am grateful to the Truman community and all those who have given me the opportunities to do so.”

A better future relies on attracting to public service the commitment and sound judgment of bright, outstanding Americans. This belief is what led President Truman, when approached by a bipartisan group of admirers near the end of his life, to encourage the creation of a living memorial devoted to this purpose rather than a bricks and mortar monument. For forty years, the Truman Foundation has fulfilled that mission in its support for the graduate education and professional development of outstanding young people committed to public service leadership.

Judge Pitchal earned his law degree from Yale in 1998 with the financial assistance of the Truman Scholarship, and he clerked for the late U.S. District Court Judge Robert P. Patterson, Jr., in Manhattan before starting his career in child advocacy at the Legal Aid Society.

“I have been so fortunate to have had the guidance and mentorship of incredible public servants like Judge Patterson, as well as countless members of the Truman community,” explained Judge Pitchal, who has served the Truman Foundation in a variety of ways.  He participated several times as a Senior Scholar at Truman Scholars Leadership Week, has sat for many years on  Truman Selection Panels, and has helped nurture the scholarship candidacies of outstanding Brown University students.  Said Judge Pitchal:  “It has been my immense privilege to give back to the younger generation of public service leaders.  As a judge, to be recognized with the Stevens Award at the Supreme Court is the highest honor I can think of.”

The Stevens Award was established in 1999 to recognize a Truman Scholar who is an attorney and has made significant contributions to public service and to the Truman community. It honors Joseph E. Stevens, Jr., a former President of the Truman Foundation Board of Trustees. Judge Stevens served as a Judge for the U.S. District Court for the Western District of Missouri from 1981-1995 and Chief Judge of the District from 1992-1995.