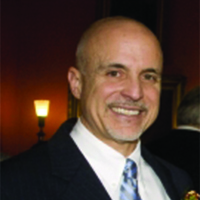 The National Council of Juvenile and Family Court Judges (NCJFCJ) has elected Hiram E. Puig-Lugo, associate judge, Superior Court of the District of Columbia to secretary of the NCJFCJ Board of Directors.

“Judge Puig-Lugo’s judicial decision-making, leadership experience, and unparalleled commitment to public service, especially to children and families who seek justice, will make him a vital addition to the executive board of the NCJFCJ,” said Judge John J. Romero, Jr., NCJFCJ president. “This year, he will lead the NCJFCJ in a landmark initiative focusing on diversity, equity, and inclusion that will ensure that the legal profession and court system reflects and represents the communities they serve.”

Judge Puig-Lugo convened and chaired the Commercial Sexual Exploitation of Children (CSEC) Working Group within the court, which brought together public sector and community organization representatives to coordinate support for children who have endured commercial sexual exploitation. He has chaired the Neglect Subcommittee, where he convened a working group to address the needs of LGBTQ youth in the neglect and juvenile delinquency systems.

Judge Puig-Lugo has been an instructor for legal education projects throughout Central America, South America, Spain, and the Federated States of Micronesia. He has presented on numerous topics that include rule of law, evidence law, trial advocacy skills, human trafficking, judicial independence, child welfare, and alternative dispute resolution. He has taught at the American University Washington College of Law, the University of the District of Columbia School of Law, the George Washington University Law School, and the National Judicial College Pacific Islands Law Institute.

“Judge Puig-Lugo is a bright, caring judge with a commitment to ensuring that youth who become involved with the court system are treated fairly and compassionately,” said Chief Judge Robert E. Morin, Superior Court of the District of Columbia. “He ably led our Family Court Division for several years. During his tenure as presiding judge, he focused needed attention on issues relating to child victims of sexual exploitation, which led to the creation of our HOPE Court program. I know that Judge Puig-Lugo has been active as a member of NCJFCJ for many years and his election to the Board of Directors will allow him to contribute further.”

Judge Puig-Lugo has participated in public education programs through Spanish language television in the District of Columbia and New York City. He has visited Latino community organizations in the DC area to provide education on how the court system works.

Judge Puig-Lugo is a graduate of the University of Wisconsin Law School, where he was the first Latino member of the Wisconsin Law Review. He is from San Germán, Puerto Rico, and is equally fluent in English and in Spanish.