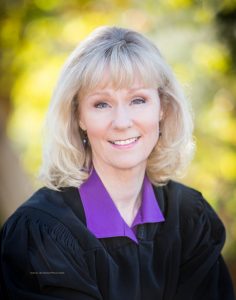 “The leadership Judge Quigley has demonstrated in her state’s Model Court to improve the lives of children and families in both dependency and juvenile cases is a national example of judicial decision making and best practice,” said Judge John J. Romero, Jr., NCJFCJ president. “I am excited to include her breadth of knowledge and expertise to the NCJFCJ Board of Directors.”

On June 30, 2014, she was appointed to presiding judge of Pima County Superior Court, Juvenile. Prior to her appointment to the bench, Judge Quigley worked as a prosecutor and trial attorney at the Pima County Attorney’s Office. She has volunteered to serve on many community, professional and court related committees including being a longtime member of the NCJFCJ and serves on the NCJFCJ military committee.

“Judge Quigley has long been a leader in improving our state’s juvenile courts,” said Arizona Chief Justice Scott Bales. “I am pleased she will be able to contribute her knowledge and experience to efforts at the national level by serving on the NCJFCJ Board of Directors.”

The Pima County Superior Court, under the leadership of Judge Quigley, is one of the nation’s NCJFCJ Mentor Child Abuse and Neglect Model Courts, recognized for its efforts to improve outcomes for abused and neglected children, juvenile offenders, and their families.

Judge Quigley is a graduate of the University of Arizona Law School.