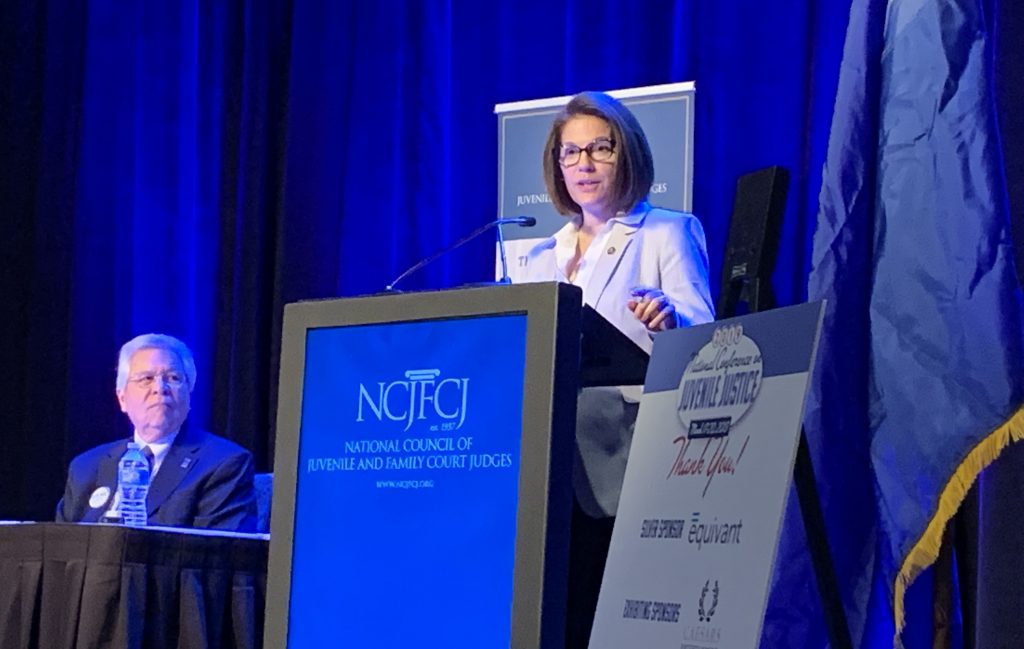 “Juvenile and family courts are important parts of our criminal justice system that help support children, families and communities in Nevada and across the country,” said Senator Cortez Masto. “For over 80 years NCJFCJ has brought together criminal justice advocates and professionals to provide skills training and policy support that can make all the difference for families and children that come into contact with the court system. I will continue to fight in the Senate to give law enforcement and criminal justice professionals the tools they need to combat human trafficking, ensure the humane treatment of all incarcerated juveniles and bolster funding for innovative rehabilitation programs that can help rebuild lives.”

Jarrett Adams, JD, Law Office of Jarrett Adams, N.Y. delivered the keynote address about his story, Life After Justice, where he was wrongfully convicted of sexual assault at age 17 and was sentenced to 28 years in a maximum-security prison. After serving nearly 10 years and filing multiple appeals, Adams was exonerated with the assistance of the Wisconsin Innocence Project.

“This year’s National Conference on Juvenile Justice is the largest juvenile justice conference in the NCJFCJ’s 81-year history,” said Joey Orduna Hastings, chief executive officer, NCJFCJ. “The record attendance is an indication that judicial officers, law enforcement, probation officers, and other juvenile and family law professionals are eager for opportunities to learn the latest hands-on and evidence-based solutions to ensure that juvenile justice systems throughout the country are effective, just, and beneficial to their communities.”