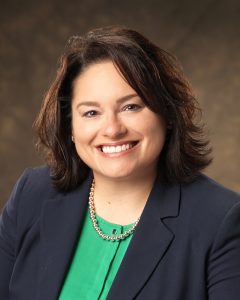 The National Council of Juvenile and Family Court Judges (NCJFCJ) has announced Joey Orduna Hastings as the new chief executive officer after a nationwide search. She will start on July 15, 2016.

“I am thrilled to be part of an organization I so deeply believe in. I look forward to working with the dynamic NCJFCJ staff and membership to continue to achieve monumental strides on behalf of children and families nationwide,” said Orduna Hastings.

Orduna Hastings returns to the NCJFCJ, having started her career in 2001 as a model court liaison and manager, positions she held during her tenure. Orduna Hastings most recently held the position of assistant county manager of administration and finance for Washoe County, where she oversaw Technology Services, Human Resources, the Comptroller’s Office and the Registrar of Voters Office.

Orduna Hastings has a wide-ranging experience at the Second Judicial District Court, where she was the court administrator and clerk of court, which included oversight of court operations, programs, policy development and fiscal responsibilities. She was integral in communicating with city, county and state officials about various issues facing our region.

Orduna Hastings also served as the legislative coordinator for Governor Brian Sandoval in 2011. She worked with the Governor’s staff to communicate and coordinate legislative matters and research. Orduna Hastings is a graduate of Gonzaga University School of Law and the University of Nevada, Reno. She is currently the vice chair of the Nevada Women’s Fund.

“The Board of Directors unanimously selected Joey Orduna Hastings as our new leader,” said Judge Darlene Byrne, NCJFCJ president. “She is well-respected in our community and well-known in the state of Nevada. Joey is the perfect individual to keep the NCJFCJ on the path to being the most respected and outstanding voice for children and families involved with juvenile justice and domestic violence who seek justice every day.”