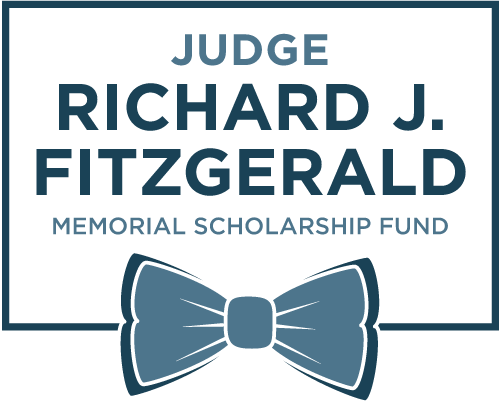 The National Council of Juvenile and Family Court Judges (NCJFCJ) announced today that the nonprofit organization would start a memorial scholarship fund in honor of the nationally recognized leader and juvenile and family law pioneer, Judge Richard J. FitzGerald.

In honor of Judge FitzGerald’s enduring legacy of teaching judges and court professionals about judicial leadership and collaborative practice to make a difference in the lives of the children and families seeking justice, the NCJFCJ created the Judge Richard J. FitzGerald Memorial Scholarship Fund. This memorial scholarship fund will support continuing education and training for all professionals in juvenile and family courts, including judicial officers, social workers, attorneys, law enforcement, and more to ensure the best possible, well-informed decisions for children and families.

“Judicial leadership and education are pillars of the NCJFCJ,” said Judge Anthony (Tony) Capizzi, NCJFCJ president. “Judge FitzGerald’s collaborative efforts to engage attorneys, social workers, and all court professionals in dialogue for the best interests of children before the court is the definition of judicial leadership. This memorial scholarship fund is available for all judicial professionals involved in this conversation who need financial assistance to attend valuable educational trainings and conferences in order to improve the lives of the children and families they serve every day.” 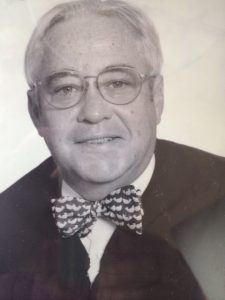 Judge Richard J. FitzGerald, 71, (also known as “Fitz”) passed away on December 27, 2017 after a brief illness. Born in New York City, Judge FitzGerald graduated from Manhattan College in Riverside, N.Y. and taught English at Hughes-Quinn Junior High School in East St. Louis, Ill. before moving to Louisville, Ky. to study law at the University of Louisville. After a brief time in private practice, Judge FitzGerald was appointed to the juvenile court bench in 1975, at age 29. He served as chief judge of the juvenile court for more than 10 years and was instrumental in the creation of the concept of a unified “family” court, from which he retired in 2000.

“Judge FitzGerald changed practice for courts across the country,” said retired judge Leonard Edwards of Santa Clara County, Calif. and served as NCJFCJ president from 2002-2003. “His characterization of our jobs as enquiring magistrates made us all realize that judges need to be active in court. Judge FitzGerald is the true definition of a pioneer, and all judicial officers who practice and live restorative juvenile justice all stand on his shoulders. His extraordinary leadership to bring about reform forever changed the juvenile justice landscape.”

Judge FitzGerald devoted his entire career to advocating for the welfare of abused and neglected children. For his tireless efforts, he was recognized as Judge of the Year by the National CASA Association and received the Chief Justice’s Special Service Award for Outstanding Service to the Courts of Kentucky. He also received the National Council of Juvenile and Family Court Judges Award for Meritorious Service to the Juvenile Court System.

Judge FitzGerald was instrumental in the work of the NCJFCJ’s Permanency Planning for Children Project and the Family Violence Project, serving on advisory committees that were instrumental in developing ground-breaking practice recommendations including the Resource Guidelines: Improving Court Practice in Child Abuse Cases and the Effective Intervention in Domestic Violence & Child Maltreatment Cases: Guidelines for Policy and Practice publications. He was also a former lead judge for the Louisville Model Court, an NCJFCJ project that improves government response to children and families in the child welfare system to ensure safe, timely and permanent homes for children.

Judge FitzGerald frequently served as an NCJFCJ faculty member and presenter in conferences and seminars held in Kentucky and nationwide, teaching on, among many topics, the importance of reasonable efforts on behalf of abused and neglected children and the emergence of child welfare from the Society for Prevention of Cruelty to Animals.

The NCJFCJ is the nation’s oldest judicial membership organization, providing judges with ongoing education, training and technical assistance to make the best possible decisions for children and families in courts.

Give a gift to the Judge Richard J. FitzGerald Memorial Scholarship Fund