The Honorable Chandlee Johnson Kuhn, Cooch and Taylor Director, has been elected a Fellow of the American Bar Foundation, in recognition of her demonstrated extraordinary leadership in the profession and service to society. 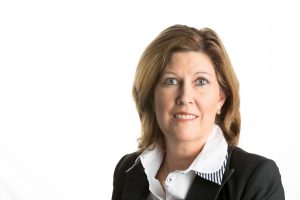 Fellows of the American Bar Foundation represent less than one percent of the lawyers admitted to practice law in the United States. Chief Judge Kuhn joins other distinguished present and former Delaware jurists who have been elected to the Fellows of the American Bar Foundation including, among others, Jane R. Roth, Walter K. Stapleton, Myron T. Steele, Randy J. Holland, Karen Valihura and Joshua W. Martin III.

Ms. Kuhn is a Director of Cooch and Taylor’s Family Law Department and concentrates her practice on Family Law, Mediation and access to Education for all Delaware students. Ms. Kuhn served as the Chief Judge of the Family Court of the State of Delaware from 2003 to 2015 and as a Judge from 1998 to 2003.

Ms. Kuhn continues to serve her local community volunteering as a Guardian Ad Litem, a Domestic Violence volunteer attorney and a volunteer for the Juvenile Expungement Project. Ms. Kuhn also serves as a Co-Chair of the Wilmington Education Improvement Commission.