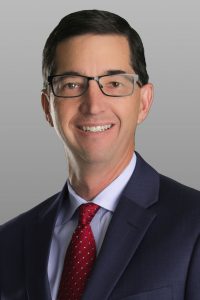 The National Council of Juvenile and Family Court Judges (NCJFCJ) has elected Paul Georgeson, Esq., Vice President and Senior Counsel, Eldorado Resorts, Inc. to the NCJFCJ Board of Directors.

“In addition to my legal career and interest in the administration of justice, I am also passionate about the issues that affect children and families,” said Georgeson. “I am excited to contribute my professional and philanthropic experience as a member of the NCJFCJ Board of Directors.”

Georgeson brings 25 years of experience as an attorney to the board. Prior to joining Eldorado Resorts, Inc., in January of 2019, he was a partner at McDonald Carano LLP.He has served as the president of the Nevada Chapter of the Federal Bar Association, a lawyer representative for the U.S. District Court, District of Nevada, a lawyer representative for the U.S. Court of Appeals for the Ninth Circuit, a member of the Bench-Bar Committee for the Washoe County Second Judicial Court, and a pro bono mediator for the U.S. District Court, District of Nevada’s pro se inmate mediation program. Georgeson is also a member of the Nevada Bar Association, Washoe County Bar Association, and is a published author of numerous law articles.

Georgeson has also served on multiple community boards and committees, was a “big” for the Big Brothers, Big Sisters of Northern Nevada for 10 years, and was also a lobbyist in the Nevada Legislature.

“Paul brings a breadth of knowledge, his legal career, and years of community service to the NCJFCJ Board of Directors,” said Judge John J. Romero, Jr., NCJFCJ president. “We are excited to have him on board to help propel our organization to the next chapter.”