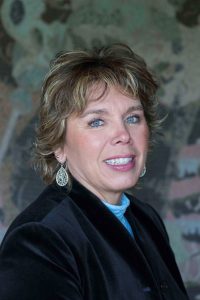 The National Council of Juvenile and Family Court Judges (‪NCJFCJ‬) congratulates the Honorable Anne McKeig on her appointment to the Minnesota‬ Supreme Court.

Justice McKeig is a member of NCJFCJ’s Family Violence and Domestic Relations Committee, a lead judge for Hennepin County’s Family Court Enhancement Project and a faculty member of the National Judicial Institute on Domestic Violence (‪‎NJIDV‬).

Congratulations from all of your colleagues at NCJFCJ and NJIDV!

Today, Governor Mark Dayton announced his appointment of the Honorable Anne K. McKeig as Associate Justice of the Minnesota Supreme Court. Judge McKeig will replace Associate Justice Christopher J. Dietzen, who will be retiring at the end of August.

“Judge Anne McKeig has served the people of Minnesota admirably throughout her distinguished career, including as Presiding Judge of the Family Court in Minnesota’s Fourth Judicial District,” said Governor Dayton. “Judge McKeig has worked honorably to ensure justice for some of Minnesota’s most vulnerable people, with her strong dedication to Indian Child Welfare and her work leading the Fourth District Family Court.

“Judge McKeig will be a tremendous addition to the Minnesota Supreme Court. I trust that her commitment to justice, and her concern for the well-being of all Minnesotans will bring a unique and valuable perspective to the Court. I am confident Judge McKeig will continue the same exemplary commitment to fairness and excellence that Justice Dietzen has displayed throughout his distinguished career.”

“I thank Governor Dayton for the honor of continuing my service to the people of Minnesota as an Associate Justice on the Minnesota Supreme Court,” said Judge McKeig. “I am humbled by the opportunity to continue working to deliver justice for all Minnesotans in this important role.”

Governor Dayton thanked Justice Dietzen for his dedicated service to the State of Minnesota, especially for his service on the Supreme Court, where he has served as Associate Justice since 2008.

“For eight years, Justice Christopher Dietzen has served the people of Minnesota on our state’s Supreme Court with honor and distinction,” said Governor Dayton. “Justice Dietzen’s contributions to justice and jurisprudence will have a lasting impact on our state. On behalf of all Minnesotans, I thank him for his dedicated service.”