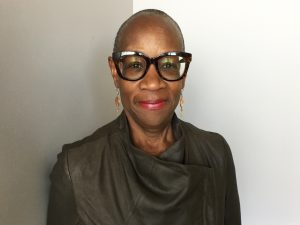 As the NCJFCJ’s Judge-in-Residence, Howze will work extensively on curriculum development across judicial engagement and education projects including comprehensive technical assistance to judges, justice for families, judicial engagement network, and elder abuse while enabling the collaboration of family violence and domestic relations professionals on a national level.

Howze was appointed to the Superior Court’s Family Court in October 2002 after practicing law as a solo practitioner following a 20-year career as a newspaper reporter, editor and news executive in Detroit, San Francisco, Long Island, N.Y., Rochester, N.Y., and Washington, D.C. During her time on the bench, Howze presided over more than 400 abuse and neglect cases in Family Court, criminal and civil cases in the Domestic Violence Unit, and arraignments and District offenses in the Criminal Division.

“Karen Howze’s time on the bench is a living example of the core principle of the NCJFCJ—that a judicial officer is not only an adjudicator, but also a problem solver and community leader,” said Judge Katherine Tennyson, NCJFCJ president. “She has vast experience in child welfare and family violence, including elder abuse and juvenile justice. She is also insightful and motivational with a delightful sense of humor. All these qualities are keys to judicial engagement and successful court system reform.”

She moved to Washington, D.C. in 1981 as a member of the development team and became a founding editor of USA TODAY. After leaving the newspaper business in 1991, Howze launched a law practice that focused on advocacy for children, the elderly and people with disabilities. Howze also worked part-time at theAmerican Bar Association’s (ABA) Center on Children and the Law where she was the principal writer/editor of Health for Teens in Care: a Judge’s Guide. In 2000, she served as Special Master in the Family Division of the Superior Court of the District of Columbia, Family Division to review cases and develop strategies for the implementation of the Adoption and Safe Families Act.

In 1996, Howze wrote Making Differences Work: Cultural Context in Abuse and Neglect Practice while under contract with the ABA Center on Children and the Law. In addition, Howze served as a consultant on diversity issues to newspaper and legal professionals, taught at the Schools of Communication at Howard University and American University and conducted equal employment opportunity investigations as a contractor investigator.

Howze received her undergraduate degree from the University of Southern California, and her law degree from UC Hastings College of the Law. Howze is a current NCJFCJ member and faculty for the NCJFCJ’s National Judicial Institute on Domestic Violence, and a former member of the American Bar Association, Association of Family and Conciliation Courts, and National Association of Women Judges, and the Washington Bar Association Judicial Council.

“It is truly an honor and a privilege to serve as the NCJFCJ’S Judge-in-Residence,” said Howze. “I look forward to working with judges and the NCJFCJ’s partners to ensure that judges across the nation—and the world—have the opportunity to learn and implement best practice, and receive the support needed to effectively exercise judicial leadership as the NCJFCJ’s 80-year commitment to justice and safety for the most vulnerable members of our society continues.”