The National Council of Juvenile and Family Court Judges (NCJFCJ) celebrated the installation of its downtown office exterior sign in partnership with the University of Nevada, Reno (UNR). The office is located at 300 East Second Street, a Basin Street Properties building.

“On behalf of the NCJFCJ Board of Directors, members nationwide, and staff in Reno and Pittsburgh, we are honored to continue our invaluable partnership with the University of Nevada, Reno,” said Joey Orduna Hastings, NCJFCJ CEO. “We look forward to expanding the Judicial Studies program with the University of Nevada, Reno and The National Judicial College. Together, northern Nevada can truly be the judicial education epicenter in the nation.” 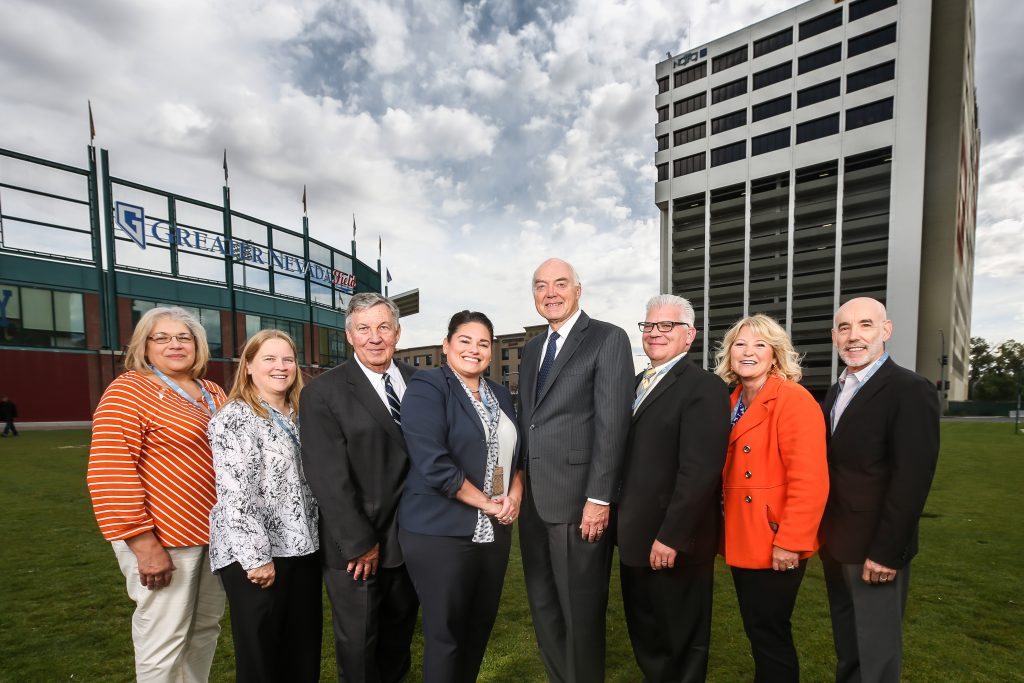 For 80 years, the NCJFCJ has focused on improving the effectiveness of the nation’s juvenile and family courts. A 1,700-strong member organization, the NCJFCJ provides continuing education, research, and policy development in the field of juvenile and family justice. The NCJFCJ is unique in providing practice-based training and resources to courts and communities nationwide.

The University of Nevada, Reno offers the Judicial Studies Graduate Degree Program, in collaboration with the NCJFCJ and The National Judicial College, and offers two concentration options for a Master of Judicial Studies (MJS) and a Doctor of Philosophy (Ph.D.).

Since 1969, the NCJFCJ has had a longstanding and valuable relationship with the University of Nevada, Reno. More judicial officers are educated in Reno than any other place in the country. Every year, the NCJFCJ convenes more than 300 judicial officers in Reno through various educational programs. Annually, the NCJFCJ convenes judges and their teams from all eleven Nevada judicial districts to improve the principles of quality hearings and enhance practices throughout every judicial district in Nevada.

The NCJFCJ has more than 60 employees located in Reno and more than 20 employees in Pittsburgh at their research arm, the National Center for Juvenile Justice (NCJJ), the oldest juvenile justice research group in the nation. There are regular job opportunities available with the NCJFCJ including an active internship program with UNR that has resulted in the hiring of several graduate research interns.

The NCJFCJ being downtown strengthens the connection between downtown Reno and the UNR campus. It brings a nationally renowned institution into the diversifying economic base of downtown Reno.