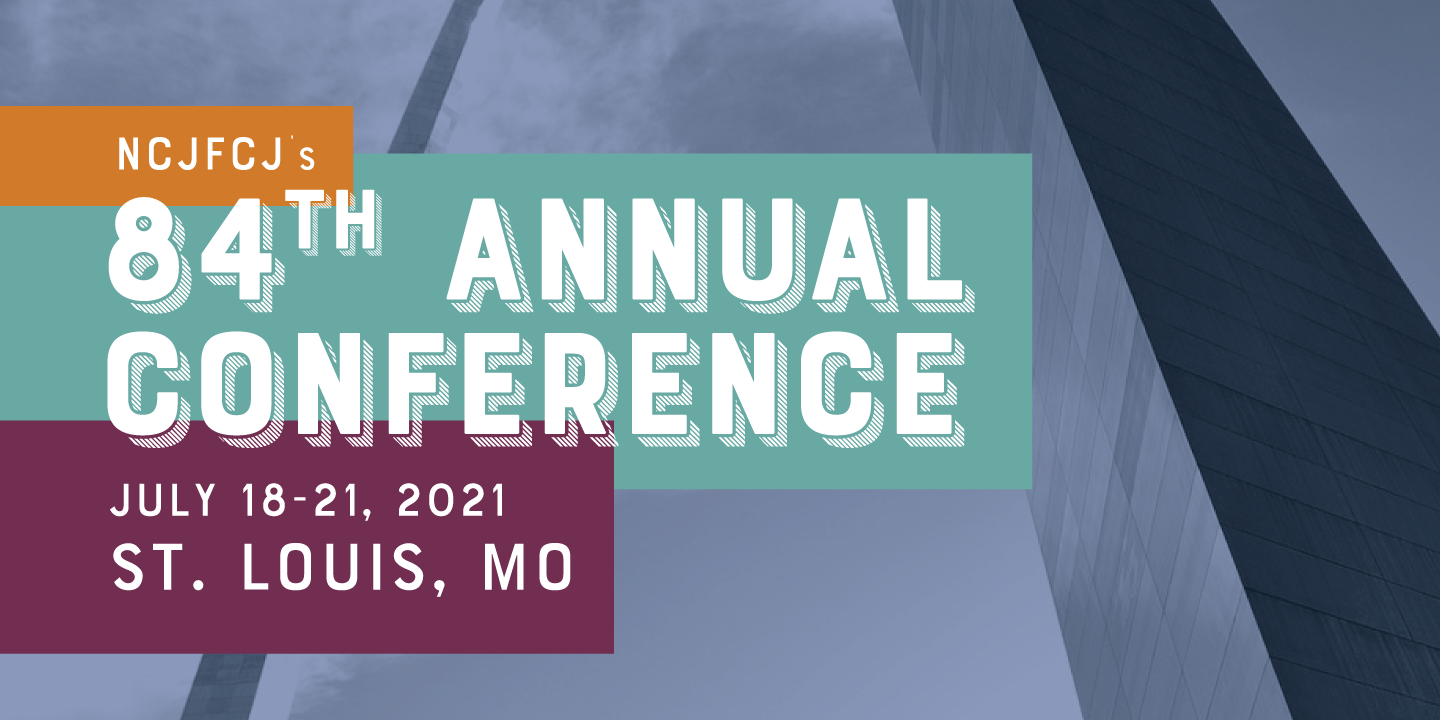 Meet the National Council of Juvenile and Family Court Judges (NCJFCJ) in St. Louis, Missouri, for our 84th Annual Conference, July 18-21, 2021, which will feature amazing presentations on current and cutting edge topics that will inspire, provoke, and precipitate discussions about issues facing the juvenile and family court system.

Plenary sessions highlighted by topic-specific training tracks on family law, juvenile justice, child welfare, and family violence; as well as sessions highlighting innovative solutions and self-care are just the beginning of the educational offerings of the NCJFCJ’s 84th Annual Conference. 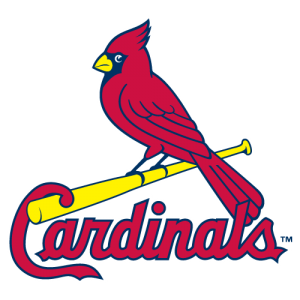 Take Me Out to the Ballpark…

The NCJFCJ is going to hit a home run this year with our partnership with the St. Louis Cardinals at our 84th Annual Conference. Please join us on Monday, July 19th when the St. Louis Cardinals host the Chicago Cubs. Please use the link below to purchase your special reserved tickets for our NCJFCJ LLF Box section. Ticket prices are $22 plus tax and service fee, a substantial discount from the box office.

We look forward to seeing you at Busch Stadium!

Get Your Discounted Tickets! 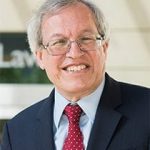 Erwin Chemerinsky became the 13th Dean of Berkeley Law on July 1, 2017, when he joined the faculty as the Jesse H. Choper Distinguished Professor of Law. Before assuming this position, from 2008-2017, he was the founding Dean and Distinguished Professor of Law, and Raymond Pryke Professor of First Amendment Law at the University of California, Irvine School of Law a joint appointment in Political Science. He is the author of 11 books, including leading casebooks and treatises about constitutional law, criminal procedure, and federal jurisdiction. He also is the author of more than 200 law review articles. He frequently argues appellate cases, including in the United States Supreme Court. In 2016, he was named a fellow of the American Academy of Arts and Sciences. In 2017, National Jurist magazine again named Dean Chemerinsky as the most influential person in legal education in the United States. 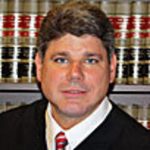 Andrew Crecca is the District Administrative Judge of Suffolk County, overseeing all court operations for the Tenth Judicial District, Suffolk County. Prior to his appointment as District Administrative Judge in July of 2020, he served as the Supervising Judge for Matrimonial Matters. Justice Crecca also presided over Suffolk County’s Integrated Domestic Violence Court for more than a decade. He was first elected to the bench in 2004 as a County Court Judge and presided over felony criminal cases in a dedicated trial part. In January of 2007, he was appointed an Acting Justice of the Supreme Court. In 2010 he was elected Justice of the New York State Supreme Court for the 10th Judicial District.

Prior to his time on the bench, Justice Crecca served as a County Legislator and maintained a private law practice concentrating in matrimonial and family law. He also served as an Assistant District Attorney in the New York County District Attorney’s office from 1989 to 1994. He received his undergraduate degree from Marist College in 1986 and his law degree from St. John’s University School of Law in 1989.
Justice Crecca is also a member of the National Council of Juvenile and Family Court Judges, the New York State Bar Association, the New York State Association of Supreme Court Justices, and the Suffolk County Matrimonial Bar Association. 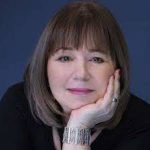 Dr. Dines is co-editor of the best-selling textbook Gender, Race and Class in Media. Her book Pornland: How Porn Has Hijacked Our Sexuality has been translated into five languages and adapted into a documentary film. Dr. Dines is a regular guest on television and radio, including shows on ABC, MSNBC, CNN, BBC, CBC, FOX, and National Public Radio. She has appeared in The New York Times, Time, Newsweek, The Guardian, Vogue, Marie Claire, Cosmopolitan, and The Huffington Post. She is also featured in documentaries, such as The Strength to Resist: Media’s Impact on Women & Girls, Mickey Mouse Monopoly, and The Price of Pleasure: Pornography, Sexuality & Relationships. 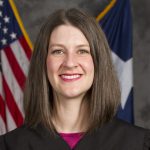 The Honorable Emily Miskel served as judge of the 470th district court of Collin County, Texas, since the court was created in 2015. In 2020, she began serving as the Local Administrative District Judge of Collin County and has coordinated the courts’ COVID response, keeping courts running during the pandemic. Judge Miskel received her law degree from Harvard Law School and is double board-certified in Family Law and Child Welfare Law by the Texas Board of Legal Specialization.

She graduated from Stanford University with a Bachelor of Science in Mechanical Engineering. She frequently speaks on legal technology topics such as electronic evidence, e-discovery, data theft, interception of communications, and online impersonation. In 2020, United States Supreme Court Chief Justice Roberts presented her with the William H. Rehnquist Award for Judicial Excellence from the National Center for State Courts. 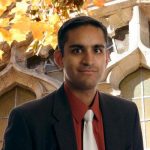 Vivek Sankaran advocates for the rights of children and parents involved in child welfare proceedings. His work focuses on improving outcomes for children in foster care by empowering their parents and strengthening decision-making processes in juvenile courts. A clinical professor of law at the University of Michigan Law School, Professor Sankaran directs both the Child Advocacy Law Clinic and the Child Welfare Appellate Clinic, through which law students represent children and parents in trial and appellate proceedings. Professor Sankaran has written numerous articles focused on improving the child welfare system and has litigated cases before the Michigan Supreme Court. In addition, he conducts state and national trainings and works on child welfare initiatives with various national groups, including the American Bar Association, Casey Family Programs, and the National Center for State Courts.

After graduating from Michigan Law in 2001, Professor Sankaran received a Skadden Fellowship to represent children at The Children’s Law Center in Washington, D.C., where he remained until 2005, when he joined the Law School faculty. In 2009, Professor Sankaran founded the Detroit Center for Family Advocacy, the first organization in the country to provide multidisciplinary legal assistance to families to prevent the unnecessary entry of children into foster care. In 2011, he was named Michigan’s Parent Attorney of the Year. Most recently, Professor Sankaran co-edited both the first national book for family defense lawyers and the third edition of Child Welfare Law and Practice, a widely recognized resource used by child welfare lawyers across the country.

Payment and Cancellation Policy
Payment is required upon registration. Cancellations for conference registration must be made in writing and received by email, fax, or postmarked by July 10, 2021. For questions or to register multiple participants, please contact the NCJFCJ Registrar at (775) 507-4798.

The 84th Annual Conference will be held in St. Louis, Missouri at the Marriott St. Louis Grand. The negotiated rate of $179.00 per night for single or double occupancy is not inclusive of city and occupancy taxes. There is no resort fee. 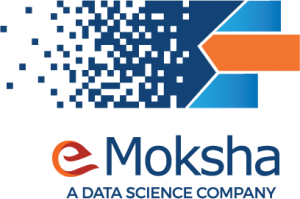 We invite you to join the NCJFCJ’s 2021 84th Annual Conference in St. Louis, Missouri!

Secure your exhibit space and sponsorship soon! Space and opportunities are available on a first-come, first-served basis. To discuss exhibit or sponsorship, contact Ardis Parmer at ardis.parmer@gmail.com or (775) 772-9121.

Click here to Register as an Exhibitor or Sponsor