RSVP for the event

Despite the pandemic, the NCJFCJ continues to find the silver linings… and this year we will be hosting our very first donor appreciation virtual event as a special thank you to our donors across the country. This special event will highlight the importance of the NCJFCJ’s work on behalf of children, families, and survivors of violence, both seen and unseen, especially due to this pandemic. The NCJFCJ is proud to announce our special guest Jaycee Lee Dugard. 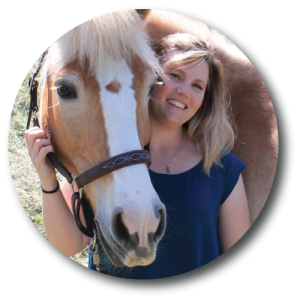 In 1991, Jaycee Dugard was kidnapped by two strangers from a school bus stop in her hometown of South Lake Tahoe. She survived years of physical and emotional abuse at the hands of her two assailants. She and her two daughters were finally reunited with her mother and family in 2009, eighteen years after she was abducted.

Jaycee Lee Dugard is the founder and president of The JAYC Foundation, a non-profit formed to help other families. The Foundation’s mission is to be of service to families that have suffered a familial or non-familial abduction or other trauma; to spread the word of compassion and awareness through educational programs that focus on recognizing different perspectives, teamwork, authenticity and mindfulness; and to bring a new perspective and approach to the training of law enforcement officers. Recently there has been much work with survivors of the Northern California fires. In 2011 Dugard received the Inspiration Award for her JAYC Foundation from Diane von Furstenberg and The Diller von Furstenberg Family Foundation. The DVF Award “recognizes and supports women who are using their resources, commitment and visibility to transform the lives of other women.” The National Center for Missing and Exploited Children honored her and her foundation in 2012 with the Hope Award.

Jaycee is also the author of “A Stolen Life” and “Freedom: My Book of Firsts”, both memoirs that she wrote herself detailing her years in captivity, eventual rescue, and recovery process. She has spoken at many venues across the country and hopes to continue the writing path. An important goal of hers is to educate the media and the helping professions that the term “Stockholm Syndrome” was a media-driven label, and is degrading and insensitive to survivors and their families. Jaycee and her faithful four-legged companions live in California.

RSVP for the event

To RSVP click the button above or email Jen Donovan, Executive Assistant, NCJFCJ at jdonovan@ncjfcj.org.

Webinar - Alternative to Detention as Responses to Tech…

Break from the Bench: Child Sex Trafficking and Domesti…