The Role of the Judge In Transforming Juvenile Probation:
Unpacking the Toolkit for Leadership

The National Council of Juvenile and Family Court Judges (NCJFCJ), through the support of the Annie E. Casey Foundation (AECF), is pleased to announce a series of three webinars on key probation practice changes that judges can provide important leadership on. These practices are set forth in the publication: The Role of the Judge In Transforming Juvenile Probation: A Toolkit for Leadership and concern:

The series will address specific strategies and actions to “unpack” and make concrete the process and people to include to bring about probation transformation.  Faculty will share practical guidance and experience from undertaking changes in their jurisdiction. Faculty will also speak to the use of data and collaboration in their stories and examples of pursuing probation transformation in their communities.

While each webinar will be designed to stand alone, participants are encouraged to register for the entire series as each practice change relates to and reinforces the other practice changes. Some of the same skills and strategies are involved in implementing all three of the practices. To promote the exchange of practical ideas and support for implementing change, participants will be encouraged to ask questions and share experiences during each webinar.  The webinars are intended for judicial officers but all juvenile justice practitioners and stakeholders involved in community-based services, supports, and supervision for court-involved youth are encouraged to participate.

July 14 : 10 – 11:15 a.m. PDT
Webinar on Alternatives to Detention as Responses to Technical Violations

August 11 : 10 – 11:15 a.m. PDT
Webinar on Probation as a Disposition for Youths with Serious Offenses Histories 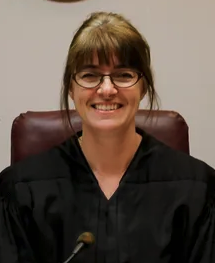 Judge Susan W. Ashley has presided over family and district court cases since 2007, and was appointed Deputy Administrative Judge for New Hampshire Circuit Court in September 2019.  She is the Lead Judge for the New Hampshire Model Court Project, a multidisciplinary collaboration among the Circuit Court, the Division for Children, Youth and Families, CASA of New Hampshire, parent attorneys, the Judicial Council and the New Hampshire Court Improvement Project, which develops best practices for child protection cases.  Judge Ashley is a member of New Hampshire’s Juvenile Justice Transformation Team (JJ Transformation Team), that completed Georgetown University’s Center for Juvenile Justice Reform Certificate Program in November 2019.  The JJ Transformation Team is in the process of implementing its Capstone Project, which includes revisions to the rules of juvenile probation and the establishment of a statewide juvenile strengths and needs assessment, to evaluate whether youth who interact with law enforcement need to be petitioned to court or can instead receive other services/diversion and avoid court involvement.  Judge Ashley also presides over Mental Health Court in the 7th Circuit Court, and is a member of various committees or commissions in child-related matters. 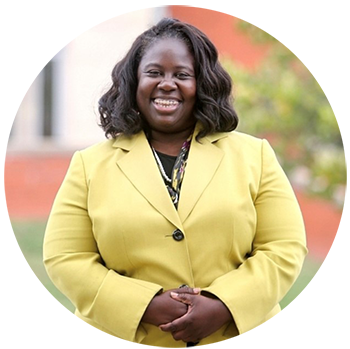 Judge Sheila Calloway has been serving on the bench of the Juvenile Court of Metropolitan Nashville & Davidson County TN since 2004 where she started off as an appointed magistrate. In 2014 she became the elected judge.  Judge Calloway has been leading her county’s juvenile justice reform activities especially around probation transformation.  Judge Calloway also has extensive connections with her community. Among these are her service on the Board of the PENCIL Foundation and being the past chair of the Health and Public Services Partnership Council. She is the former co-founder and co-director of The Voices of Justice – a choir comprised of Juvenile Court employees and others that work with juveniles. Judge Calloway also is active in preparing the next generation of legal practitioners. She is adjunct faculty for the Vanderbilt University Law School and the Belmont Law School. 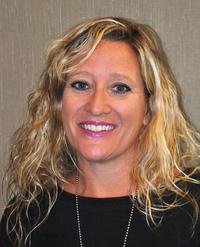 Kelly Gray started her career at Davidson County Juvenile Court in 2006 as a Probation Officer.  In 2010 she became Probation Officer Supervisor for the Mental Health Unit and in 2012, the Supervisor of the Gang & High-Risk Unit for Probation.  In her role as Gang Unit Supervisor, Ms. Gray was instrumental in developing the first youth gang court know as GRIP – Gang Resistance Intervention Program.  In 2019 Ms. Gray was appointed to Chief of Probation by Judge Sheila Calloway of Davidson County Juvenile Court.  In this position she oversees three teams of Probation Officers known as the Support, Intervention and Accountability teams (SIA).  In addition to providing leadership and support to the SIA teams, Ms. Gray she oversees the Foster Review Board Team and the STAR team which is dedicated to four different diversion programs. 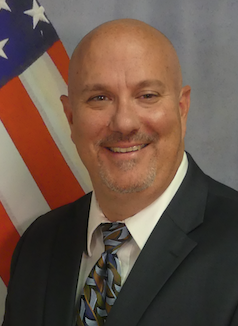 Tim Wires has worked for Stark County Family Court for 18 years.  He currently serves as the Chief of Probation.  In addition to his leadership and service in the county’s probation department, Mr. Wires has maintained a commission with the Stark County Sheriff’s Office since June of 2006.  He has also been an instructor of Defensive Tactics, Search and Seizure, and Verbal Defense and Influence with the Supreme Court of Ohio since 2007. Mr. Wires served on the U.S. Marshal’s Violent Fugitive Task Force from April of 2015 until July of 2021 and received the Purple Heart from U.S. Marshall’s Office, the Medal of Honor from the Buckeye State Sheriff’s Association, and the Medal of Valor by the Stark Co. Sheriff’s Office for actions above and beyond the call of duty. Mr. Wires is also a certified Life Coach.

Webinar - Alternative to Detention as Responses to Tech…

Break from the Bench: Child Sex Trafficking and Domesti…