Civil Protection Orders can be a powerful remedy for victims of domestic and sexual violence and stalking. However, when orders are not enforced, they can seem like nothing more than a piece of paper. Ensuring compliance with orders often falls on the shoulders of the victim/petitioner either to call law enforcement or to go to court to initiate an often complicated contempt procedure. Some courts have chosen to take a more active role in making sure that victims are kept safe and that respondents succeed in complying with the conditions of the court’s orders. One such innovative court is the DeKalb County Magistrate Court, which implemented an entire calendar for compliance review of their Family Violence Protective Orders, which includes compliance with conditions for intervention classes and weapons surrender.

DeKalb County Magistrate Court has served as an Office on Violence Against Women (OVW) designated mentor court since 2014 and has been a grant recipient for specialty court projects to better serve victims of domestic violence and those suffering from mental illness, including veterans. 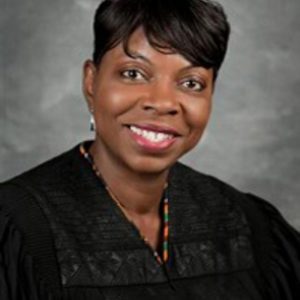 Judge Berryl A. Anderson was sworn in as Chief Judge of the DeKalb County Magistrate Court in 2010, after having served 10 years on the magistrate court bench. As Chief Judge, Judge Anderson manages the criminal, civil, and ordinance divisions of magistrate court and the pre-trial services office. Judge Anderson has been recognized many times for her contributions not only to the legal profession, but also her community. In September 2018, Judge Anderson received the American Judges Association’s Libby Hines Domestic Violence Award. Judge Anderson has trained judges, attorneys, and advocates across the country on issues of family violence, stalking, elder abuse, supervised visitation, and cyber violence.

Teen dating violence, commonly known as dating violence, dating abuse, or relationship violence affects a wide range of young people from multiple backgrounds. This publication will explore some of the experiences and impacts of dating…

Charles Puzzanchera from the National Center for Juvenile Justice (NCJJ) recently designed and implemented a new OJJDP/NIJ fact sheet titled Trends in Youth Arrests for Violent Crimes. The publication was accomplished under the direction of…