Juvenile offenders are seen differently by the courts. They require a court process that is different from their adult counterparts. Juveniles do not go to trial, they are adjudicated; they are not charged with crimes, they are charged with offenses; they are not sentenced, they receive detention alternatives. Court processes for juveniles require more than superficial modifications to the adult justice system. Over the last decade, a great deal of research has been conducted to find out what works and, more importantly, what does not work with juvenile offenders. 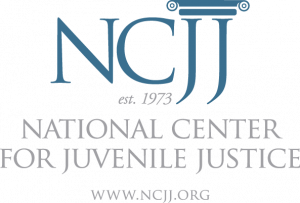 The NCJFCJ understands that juvenile justice reform is of paramount importance. The NCJFCJ supports the appropriate increased resources to enable the juvenile justice system to deal more effectively with the serious and complicated problems presented by troubled youth. The NCJFCJ believes in order to drive juvenile justice reform, the production and application of the best available information are essential. This philosophy is embodied in our organizational strength as the preeminent national membership organization and the voice of juvenile court judges assisted by the NCJFCJ’s research division, the National Center for Juvenile Justice’s (NCJJ) reputation for producing and translating juvenile justice data, research, and findings to distill the facts of the matter.

The NCJFCJ has issued policy statements that address the foundations of juvenile justice in the U.S such as the Juvenile Justice and Delinquency Prevention Act and the due process rights of children established 50 years ago in the historic Gault decision. The NCJFCJ also supported the Access to Juvenile Justice Irrespective of Sexual Orientation, Gender Identity and Gender Expression (SOGIE) and the principles of adolescent development in delinquency proceedings bench cards issued by the National Juvenile Defender Center.

The NCJFCJ, under contract with Nevada’s DHS, is developing and maintaining the Nevada Center for Juvenile Justice Innovation (NCJJI), an evidence-based resource center designed to support Nevada’s statewide effort to require the use of evidence-based programs in juvenile justice. The NCJJI will help provide a consistent approach to reform efforts across the state.

Jurisdictions have begun using the Juvenile Justice Model Data project’s framework to guide and improve their juvenile justice information systems and their use of data. The NCJFCJ’s resolutions and policy statements carry great weight in the field providing guidance for local judges in their day-to-day work on the bench. As the voice of juvenile court judges, NCJFCJ is helping to lead juvenile justice reform. The Models for Change Initiative produced many examples of change in varying juvenile justice policy environments and NCJJ still connects stakeholders in other states to these lessons. The Juvenile Justice GPS website is a well-used site for policymakers and advocates alike. Its information has been referenced by task forces, news media, and legislation. Juvenile Drug Treatment Courts are but one tool for jurisdictions interested in reforming their approach to juvenile justice in a developmentally, trauma-informed manner.

The Juvenile Justice GPS and lessons learned from NCJJ/NCJFCJ projects are broadly disseminated with the goal of reinforcing positive changes for juvenile justice in America. NCJJ/NCJFCJ remains a critical stakeholder in this process, helping to transfer the best techniques for informing change with strong information and continuous quality improvement cycles and using the NCJFCJ membership as critical leaders for influencing progress toward a better system. The NCJFCJ recommends federal support for juvenile justice reform efforts, including continued collaboration between OJJDP and private foundations.