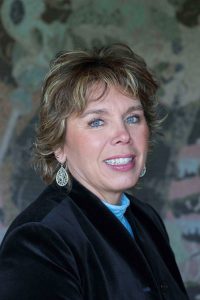 Anne McKeig was appointed to the Minnesota Supreme Court in 2016. A descendant of the White Earth Nation, she is the first Native American female to sit on any state supreme court in the United States.

Justice McKeig is a native of Federal Dam, Minn., where she grew up on the Leech Lake Reservation. She received her undergraduate degree from St. Catherine University and her law degree from Hamline University.

She served as an assistant Hennepin County Attorney for 16 years, handling child protection cases and adoption matters, with a specialty in cases that fall under the provisions of the Indian Child Welfare Act. She was a district court judge for almost 9 years in Hennepin County, several of those years as presiding judge in Family Court.

Justice McKeig is involved with several committees focusing on child welfare and domestic violence issues. She is a member of the Speakers Bureau for the Zero Abuse Project; board member of Proof Alliance; Division of Indian Work; the Infinity Project; a trustee for St. Catherine University; a member of the State/Tribal Court forum; and a co-chair for the Children’s Justice Initiative. She is also on national committees addressing domestic violence, child abuse, and diversity.

Justice McKeig co‑authored a law school curriculum entitled Child Abuse and the Law, which she has taught at Mitchell Hamline School of Law as an Adjunct Professor. She also teaches Child Abuse and the Law and Domestic Violence and the Law as an Adjunct Professor at St. Thomas School of Law, and is an adjunct at Mitchell Hamline, teaching a course on the Indian Child Welfare Act. Justice McKeig has spoken at numerous national conferences and conventions regarding child protection, domestic violence, family law, diversity, and inclusion, working with tribal communities, as well as a multitude of other topics.