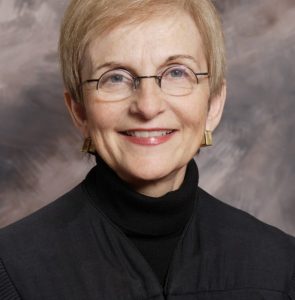 Justice Bobbe J. Bridge (Ret.), founding president and CEO of the Center for Children & Youth Justice (CCYJ), served on the Washington State Supreme Court from 2000 to 2008 and on the King County Superior Court from 1990 to 2000, where she was chief juvenile court judge for three years. She was co-chair of the Washington State Supreme Court Commission on Children in Foster Care. Before joining the bench, Justice Bridge was the first female partner at the Seattle law firm of Garvey Schubert Barer. She is recognized as a leading advocate for foster care reform, domestic violence victims, truancy prevention, and juvenile justice reform.

Justice Bridge is a dedicated volunteer and philanthropist. She has been on the boards of many nonprofit organizations, including YouthCare and the YWCA. In 1999, she helped establish and fund the Pacific Northwest’s first court-based child care center at the Regional Justice Center in Kent, Wash., offering a safe place for parents and guardians.