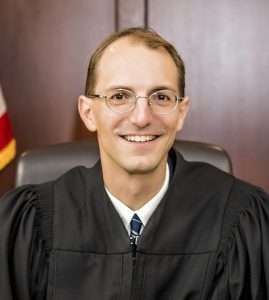 An advocate for continuing legal education, Judge Hejmanowski is a member of the National Council of Juvenile and Family Court Judges’ Curriculum Committee, chair of the Delaware County Bar Association CLE Committee, and chair of the Judicial College’s Juvenile Curriculum review committee. He is a frequent presenter for the Ohio Judicial College and the Ohio State Bar Association. He and his wife Ashley and their two children, Catherine and Nicholas, reside in Delaware.