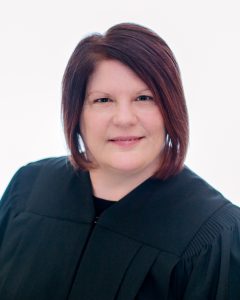 Judge Graham received a Bachelor of Arts degree in Psychology in May 1991 from Marian College where she conducted undergraduate research and co-authored an article in the Journal of Psychology and the Behavioral Sciences.  She received her Juris Doctor (JD) from Indiana School of Law in May 1996.

Thereafter, Judge Graham became an associate in the Gambs, Mucker & Bauman law firm where she represented the Tippecanoe County Department of Child Services in all CHINS and TPR proceedings for two (2) years.  After opening a private law firm, Judge Graham remained actively involved in the CHINS arena by representing CASAs.  At the same time, Judge Graham served as a part-time Deputy Public Defender in Tippecanoe County in major felony cases.

Judge Graham is dedicated to strengthening families and has herself been appointed Guardian ad Litem to protect the best interests of children.