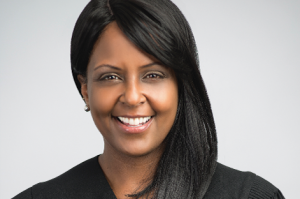 The Honorable Lori A. Dumas

As a judge who has served on the bench for over 16 years, the Honorable Lori A. Dumas is an impactful voice in the City of Philadelphia. She served as a Common Pleas Court Judge in the Philadelphia Family Court – Juvenile Division for the majority of her tenure where she fought for fair and equal justice for Philadelphia’s most vulnerable children and families. She also presided in the Criminal Division and is currently assigned to the Civil Trial Division.

Judge Dumas is a consummate advocate for children, always aiming to render decisions that serve the “best interests of the child.” Most recently, she has been a leader in guiding the City of Philadelphia in its creation of the First Judicial District’s Juvenile Human Trafficking Court to provide services to youth that have been victims of human trafficking. Prior to her nomination to the bench in 2002 by former Governor Mark Schweiker and confirmation by former Governor Edward Rendell, Judge Dumas owned her own firm for nearly 10 years.

Her passion and commitment to the legal community have been recognized by her receipt of the Philadelphia Business Journal’s 40 under 40 Award, The Tribune Top Ten People to Watch Under 40, The Philadelphia Barristers Distinguished Under 40 Award for Achievement and Service, The Philadelphia Urban League Young Leader Award and countless other awards from notable organizations. She has been named a social impact innovator both locally and nationally.

Judge Dumas is a recent graduate of the Fels Institute of Government at the University of Pennsylvania, DiverseForce Board Governance Program and is also a Georgetown Fellow, specializing in Systems which service Crossover Youth. Judge Dumas has taught Criminal Justice courses at Berean Institute, Harcum College, Eastern College, Temple University and Westchester University.

A native Philadelphian, Judge Dumas received her Bachelor’s Degree in Sociology from Duke University. After obtaining her J.D. from North Carolina Central University School of Law, where she was a contributing author to the Law Review, she returned to her hometown to practice law and serve her community. As a devoted public servant and talented professional, The Honorable Lori A. Dumas seeks to ensure justice for the children, families, and communities that she serves.