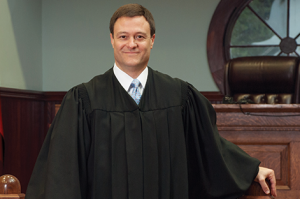 Rob Hofmann began his career of public service for the State of Texas in 1996, now serving as judge of the 452nd Judicial District in five Hill Country counties. In 2018, Judge Hofmann was appointed by the Supreme Court of Texas to serve as Jurist in Residence for the Children’s Commission and later that year received the Texas CASA Judicial Leadership Award. He is a Board Member of the National Council of Juvenile and Family Court Judges and has served Texas as a judicial representative at several national summits. He has been formally recognized by Education Reach for Texans for his work to improve educational outcomes for children in foster care and was named the 2011 Texas CASA Judge of the Year. Judge Hofmann speaks often and works on numerous projects related to improving the child welfare system. He is a member of the College of the State Bar of Texas and Sustaining Life Fellow of the Texas Bar Foundation. Judge Hofmann graduated from Texas A&M University and Texas Tech University School of Law. He and his wife are former foster parents and have two children.

Strategies for Engaging Youth and Families with Lived Experiences