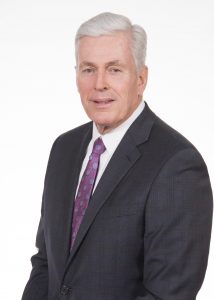 Chief Judge Newell began his career in the Delaware Family Court in 1978 as an Executive Assistant to then-Chief Judge Robert Thompson. He later served as a Master in Family Court. In 1983, he joined the Bayard Firm. He rose to Director and Shareholder with the firm and was Chairman of the firm’s Executive Committee for seven years. In 2000, Chief Judge Newell joined Connolly, Bove, Lodge & Hutz, LLP. Chief Judge Newell’s private practice concentration was in family law.

Chief Judge Newell is the Chair of the Domestic Violence Coordinating Council and a member of the Executive Committee of the Child Protection Accountability Commission. He currently serves on the Supreme Court’s Commission on Law and Technology. He was a member of the Judicial Ethics Advisory Committee for two terms. He is the past Chairman of the Family Law Section of the Delaware State Bar Association and has chaired the Ad Hoc Committee for Quadrennial Child Support Review for the last four reviews. As an attorney, Chief Judge Newell served as a member of the Delaware Supreme Court’s Board on Professional Responsibility and on the Board of Delaware Volunteer Legal Services. In July 2019, Chief Judge Newell was elected to the Board of Directors of the National Council of Juvenile and Family Court Judges.

Chief Judge Newell has presented at numerous seminars and has written several articles on family law practice and procedure. As an attorney, he was recognized by Delaware Today and Best Lawyers in America. The Family Law Section of the Delaware State Bar Association honored him in 2001 by awarding him the inaugural “Family Law Practice Professionalism Award.” In 2011 he was named to the Irish Legal 100 by Irish Voice.